Since it’s launch, the VeChainThor blockchain has gone through various upgrades offering new features or improvements.

To streamline the development and implementation of new features, the Foundation has created the VeChain Improvement Proposals (VIP) standard.

Anyone can propose a new feature in one of the following categories:

You can find the official documentation on the current VIP’s VeChain Github. In the remainder of this post, we have given an overview of the current proposals.

The VIP-180 Standard was proposed by the VeChain Foundation and is a standard providing basic functionality for tokens within smart contracts. It is based on Ethereum’s ERC-20 standard first proposed by Vitalik Buterin.

Some of the methods that are part of the VIP-180 standard:

More details on VIP-180 can be found here.

The VIP-181 Standard was proposed by the VeChain Foundation and is a standard providing basic functionality for Non-Fungible (NFT) tokens within smart contracts. It is similar to Ethereum’s ERC-721 standard used by projects like CryptoKitties and Decentraland.

When something is fungible, it means it is not unique and can be replaced by something identical. Think of a $1 dollar bill, each one dollar bill is worth $1, whichever one you have.

Different from this is something non-fungible. When something is non-fungible, they may look similar, but some of their characteristics are not, making them irreplaceable or impossible to swap.

The main benefit of NFT’s is that you can embed unique data into the token, like information about ownership.

More details on VIP-181 can be found here.

This method will ensure that dApps will be supported by multiple clients that follow this standard.

More details on VIP-190 can be found here.

Proposed by Totient Labs, VIP-191 proposal describes an upgrade to the core transaction format of the VeChainThor blockchain. Once integrated, this feature will allow transactions to designate a gas payer distinct from the transaction sender.

The VeChainThor blockchain currently already has the VeChain Multi-Party Payment Protocol (MPP). Using MPP a user can interact with a smart contract, while the smart contract pays for the transaction fee, making use of the dApp for the end-user completely free.

The VIP-191 proposal is a complementary protocol to this, allowing anyone that wants to send a transaction to set a gas payer that pays for the transaction fee on behalf of the sender. Of course, the gas payer has to sign this transaction.

VIP-191 adds a more generalized fee delegation support to the VeChainThor platform. A feature that will drasticly improve adoption and that no other blockchain platform currently is capable of.

The user experience can be massively improved once VIP-191 has been integrated:

Imagine that a user wants to transfer a token on the VechainThor blockchain (like PLA or SHA). Currently, you need to pay for this transaction using VTHO.

With VIP-191 the end user does not have to worry about having VTHO, while the transaction still gets paid for using VTHO.

More details on VIP-191 can be found here.

VIP-192 is a proposal for a mechanism which allows an application to request a user’s authentication or to ask a user to agree with an agreement.

VIP-192 can be used in multiple ways. For example, the Agreement function can be used when you want users to agree with your Terms-Of-Service before the can make use of your dApp.

More details on VIP-192 can be found here.

Do you miss a feature you would like to see on the VeChainThor blockchain? Everyone can contribute and create a proposal! 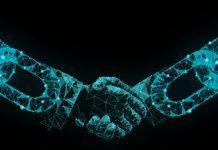