Home Projects OceanEx – The crypto exchange for the VeChain ecosystem

OceanEx is a cryptocurrency asset management platform created for the VeChain ecosystem. It will play a key role in bridging the gap that exists between investors, enterprises and the crypto world.

OceanEx works closely with the VeChain Foundation and other projects in the VeChain Ecosystem to empower these projects by providing them with the financial services and products they need.

One of the key features that will set OceanEx apart from other cryptocurrency exchanges is its focus on security and compliance.

As Sunny said during the OceanEx meetup in Amsterdam on the 12th of March, 2019: “When talking to enterprises, the most important thing for these enterprises to look for in exchange is that they want one with a clean slate.”

By working closely with regulators and making sure they meet the most strict regulations, usage by enterprises and features like fiat pairings will be made possible.

The Alpha version of the OceanEx exchange was officially launched on November 7th, 2018, with the Beta version (OceanEx 1.0) released later that month.

During the first quarter of 2019, OceanEx has slowly released new features to its platform and has listed all projects in the VeChain ecosystem.

Available up for trading on OceanEx currently are:

Because of its strong support for the VeChain ecosystem, volume has slowly been increasing for the exchange, already beating Binance for some of the most important VeChain token pairings:

Ranking on 24 h Volume trading of $VET has been taking over by #OceanEx#Binance is a good 2nd and 3rd. 👌$OCE $BNB pic.twitter.com/7hUgikx08g

With the launch of OceanEx 2.0 (codename: Atlantis) just around the corner, OceanEx has already released more information on what we can expect in the future.

OceanEx is working closely with banks and legal entities to offer fiat pairings in the future, further bridging the gap between the normal and crypto economy.

OceanEx has announced that they will offer margin trading later this year in their recent AmA.

Margin trading allows you to trade with borrowed money. This way you can buy more coins than you normally could afford, allowing for a bigger potential in returns.

However, margin trading also comes with increased risks. Margin traders have to pay interest over their borrowed funds. Another risk is that of a trade gone wrong. Just imagine what can happen when you buy coins with borrowed money and the market crashes.

It will be interesting to see how OceanEx will incorporate Margin Trading while meeting all strict regulations and keeping its users safe.

Similar to the Binance Launchpad, where projects can offer their initial token offering, OceanEx will launch a service that will allow projects to do so.

Hopefully, this platform will be ready before the VeChainThor ecosystem projects Cecil Alliance and Cahrenheit announce their new token issuance, so they can make use of this platform.

OceanBrain is an artificial intelligence system incorporated into all aspects of the OceanEx platform.

OceanBrain sest itself apart from most state-of-the-art AI systems by operating in a “hybrid mode”, where it will not only use large-scale historical data but will also combine this with human knowledge.

OceanBrain will be used to monitor trading and user asset behaviors to spot irregularities and act accordingly to provide maximum security.

OceanQuant is a quantitative platform built for traders. Using OceanQuant, users can develop their own trading algorithms and backtest these algorithms using OceanEx its historical data.

OceanQuant will be integrated with the OceanEx trading engine, providing optimal performance for dedicated high-frequency trading.

OceanMarket is a market place where users can subscribe to the algorithms developed using OceanQuant.

CryptoBento is a service that will allow you to buy bundles that represent cryptocurrencies in a certain ratio.

This is a great way for the novice user to buy some crypto, without having to dive into every project. Just buy a certain bundle that meets your requirements.

To show appreciation to OCE token holders, OceanEx has created the OCE Club. By joining the OCE Club you will get exclusive benefits and discounts not available to users outside of the club.

To join the OCE Club, which launches on April 2nd, you have to lock a certain amount of OCE. Prices range from 2000 OCE for Level 1 membership, to 100M OCE for Level 5 membership.

One of the biggest benefits is a discount on your trading fees, which can really make a difference for active traders on the exchange.

Many more benefits, like discounts for OceanEx’s to be released products and services, will be announced at a later stage.

The core OceanEx team has an office in the same building as the VeChain core team, making sure that they can work closely together on various projects. OceanEx currently has over 50 employees globally.

and new collaborative office with OCE in Beijing

Leading the core team is Xiaoning Nan, who has been in the crypto world since 2013 and has played an important role in the rise of blockchain technology in China, partly thanks to his Bitcoin mining operations. After his successful mining startup, Nan founded Bitocean and has been one of the lead advisors for the VeChain Foundation.

Daniel Kelman is one of the most famous lawyers in the blockchain industry, making name for himself while working on the MtGox case. As the Chief Legal Officer, Daniel will make sure that OceanEx will meet all legal requirements while pushing the boundaries of OceanEx’s adoption thanks to his close relations with governments and other legal entities.

Last, but certainly not the least, is the COO Wei Wang. Wei Wang started his career at Deloitte, where he provided corporate finance advisory services to various global exchanges.

OceanEx selects the most helpful members of its community to join the Pilot Whale group. Although not part of the team, a special shout out goes to all the Pilot Whales!

The Pilot Whales volunteer their time helping out the community and making OceanEx a better place for all. Thanks!

During the token sale, OCE was ten times oversold, leaving out a lot of users that wanted to get their hands on some OCE.

What do you think of the OceanEx exchange and what do you expect of OCE? Let us know in the comments below! 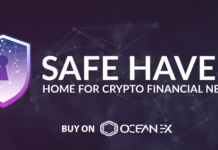 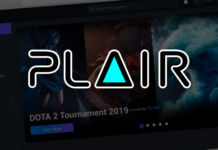 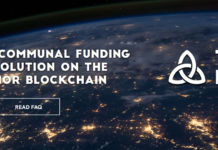